I’ve stated it before, and now it’s been stated again in an avenue that gets more views than this Coffee Company blog.

We highly recommend reading this piece if you have ever purchased Fair Trade coffee because it was certified Fair Trade.  It may have been next to another non Fair Trade coffee on a shelf, or maybe you sought it out specifically for ethical reasons.  Whatever the case, you owe it to yourself to know the truth.

In this article, Mr. Solomon says some things that are pretty well understood in the specialty coffee industry, but not so well known by the consuming public.  Here are a few highlights:

That fair-trade cup of coffee we savour may not only fail to ease the lot of poor farmers, it may actually help to impoverish them, according to a study out recently from Germany’s University of Hohenheim.

The fair-trade business is filled with contradictions.

For starters, it discriminates against the very poorest of the world’s coffee farmers, most of whom are African, by requiring them to pay high certification fees.

Their coffee is organic by default, but because the farmers can’t provide the fees that certification agencies demand to fly down and check on their operations, the farmers lose out on the premium prices that can be fetched by certified coffee

In some Third World societies, farmers readily accept the compromises of communal enterprise. In others, they balk. In patriarchal African societies, for example, the small coffee farm is the family business, its management a source of pride to the male head of the household. Joining a co-operative, and being told when and what and how to plant entails loss of dignity.

Some believe that certified coffee is superior in some way. But it is not always so. The small-scale farms whose local ecologies produce distinctive, niche coffee beans can’t operate on a scale that would justify official certification.

And in this well-intentioned pricefixing game, the fair-trade farmer is the pawn and the joke is on the customer.

It’s worth reading all the way through.  He cites some experiential examples from his own company, and there is a study cited (and quoted) within the article that gets into more specifics than I chose to paraphrase here.

Again, why don’t we sell Fair Trade coffee?  While some may be Fair Trade from time to time, we will never buy a coffee due to certification alone.  We will always buy coffees that are strictly ethically responsible on a social and/or environmental level.  It a cornerstone of our business model and a cause we firmly believe in.

Your shopping cart is empty
Visit the shop 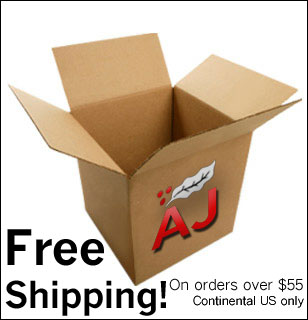 Check out our free newsletter!